A Huntsville, Alabama teen raises $38,000 for children with canc-er by cutting his afro, The Root reports. 17-year-old Kieran Moïse is well known around town for his voluminous and luxurious head of hair. The teen spent six years growing out his full fro, and it became a large part of his identity. 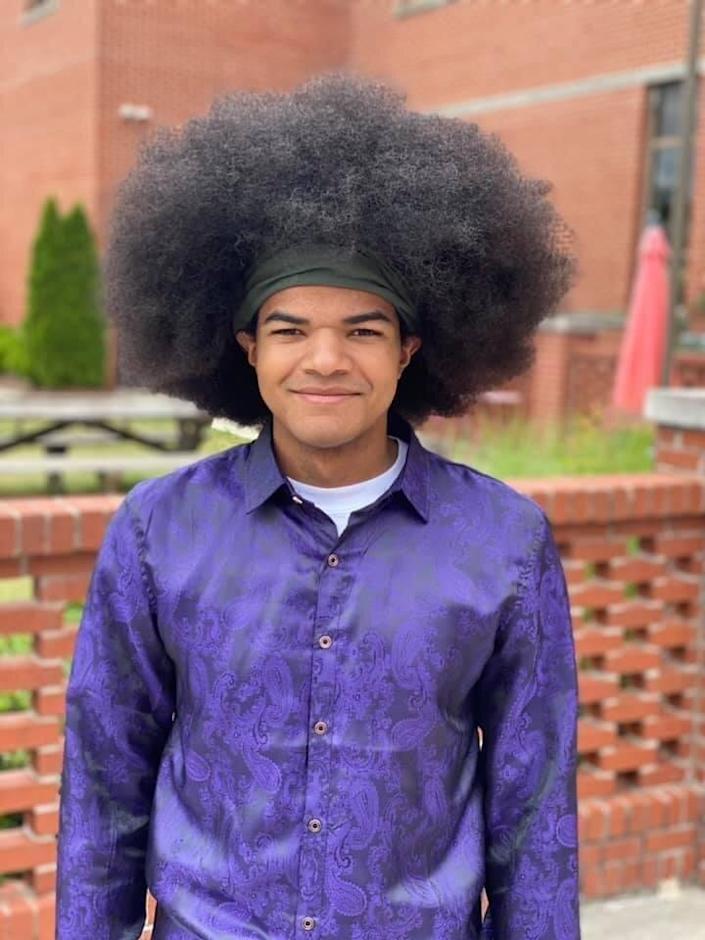 “Kieran was born with a beautiful headful of hair, and for his entire life, that’s the first thing everyone noticed about him. Everywhere he went, he was the guy with the big hair. There was no way not to notice it. Every Sunday night, I’d help him condition it one section at a time while he sat through two movies. That hair was a huge part of his personality,” his mother, Kelly Moïse, told reporters. 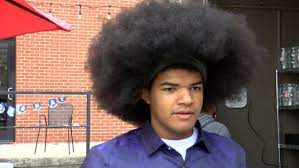 Nonetheless, after graduation, Moïse made plans to join the Air Force Academy, an organization with strict grooming policies which required him to cut his hair. Since he knew his hair would have to go eventually, the teen made a plan to turn his hair cut into a charity event. He invited the residents of Huntsville to watch him get his hair c**, intending to raise money to help children ba!!ling ca-nc-er. 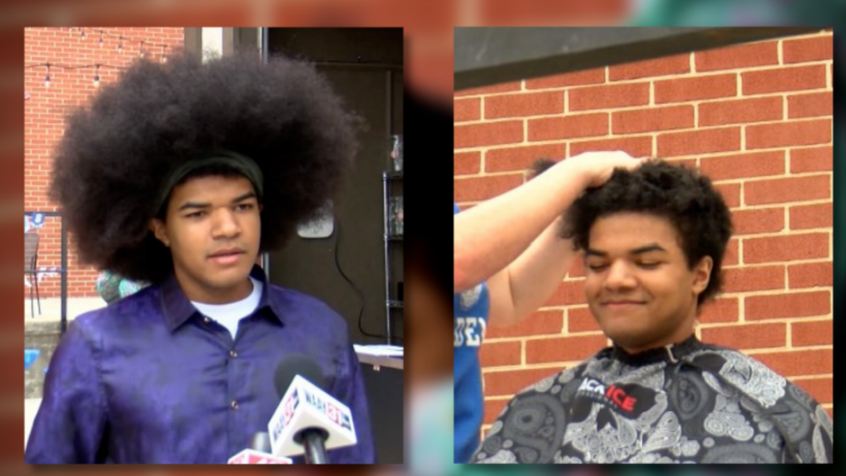 Moïse set a goal of fundraising $1,000 per inch for his Afro, which measured about 19 inches. His mission was to donate the proceeds to St. Jude Children’s Research Hospital in Memphis. He also plans to donate his hair to Children With Hair Loss, a Michigan-based nonprofit that provides free human hair wigs to children and young adults dealing with medically related hair loss. The teen exceeded his goal, doubling his eff**ts and raising a total of $38,000. The teen was inspired to help children with cancer-based on his own experience. When Moïse was in the eighth grade, he lost a close friend to cancer. He was determined to pay it forward, maximizing his hairc*t to his own advantage to help as many as he could. During the event, Moïse sp*ke about his motivations, saying that he “didn’t want to just cut it off and dr** it on the floor [because] there are lots of people who need help.” Currently, Moïse is stationed at the Air Force Academy in Colorado Springs.

Per their policy, he’s not allowed to communicate with the outside world for another month or so, but his mom said he hopes his story inspires others to give back any way they can. “He wants people to know that if he can donate his hair, then anyone can. He’s hoping that everyone will be en-cour-aged to go out there and commit their own small act of kindness,” Kelly Moïse said.