All of us after a particular age of life want to slow down and enjoy the golden years of the retired life. But some of the old people are not fortunate enough to afford a pleasant and wonderful retirement life. Derlin Newey is one among those unfortunate people who can not afford to slow down even after 89 years of his life. Instead, Newey needs to work 30 hours per week delivering the Papa Johns pizza in order to have some extra cash for livelihood. He was forced to do extra work in his old age because his security checks were not enough for paying his monthly bills. Despite all the wo**t conditions and unfavorable situations, Newey is not in any mood to give up and slow down. Instead, he is quite enthusiastic about his job and thus doing his best in his job. And, his passion for his job turns him into a viral sensation.

89-year old Derlin Newey is a pizza delivery man who received a surprise delivery of his own today. A couple who got to know him from his pizza deliveries raised $12,000 to help him out. He had no idea. The full story runs tonight on @KSL5TV at 6. #ksltv #goodnews pic.twitter.com/Z83K5LTKPh

Pleased by Newey’s service, one of his customers named Carlos Valdez started recording his courtesy nature and cheerful deliveries and then share it on social media online. His videos of pleasant pizza delivery gained attention from hundreds of thousands of viewers. They appreciate his courtesy but are also fr**tra**d with the fact that an old man at such age should not need to work this hard. In order to appreciate this old man for his passion for the work, Valdez and his wife finally came up with an idea to help him. 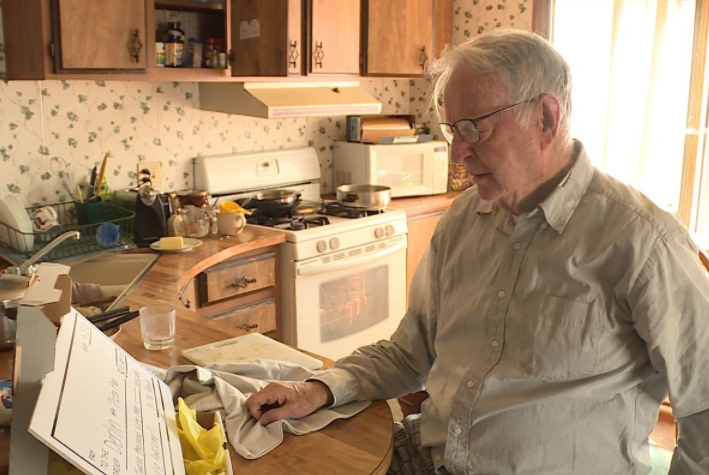 The couple on their TikTok page requested their more than 60,000 followers to donate tips in order to help Newey in his old age.The couple dubbed the VENMO CHALLENGE and requests their followers to donate a little bit more than the average tip. The couple was expecting for few dollars, but they managed to raise more than $12,000 for this courteous and amazing person. With the help of the TikTok community, Valdez and his wife collected a big amount for Newey. 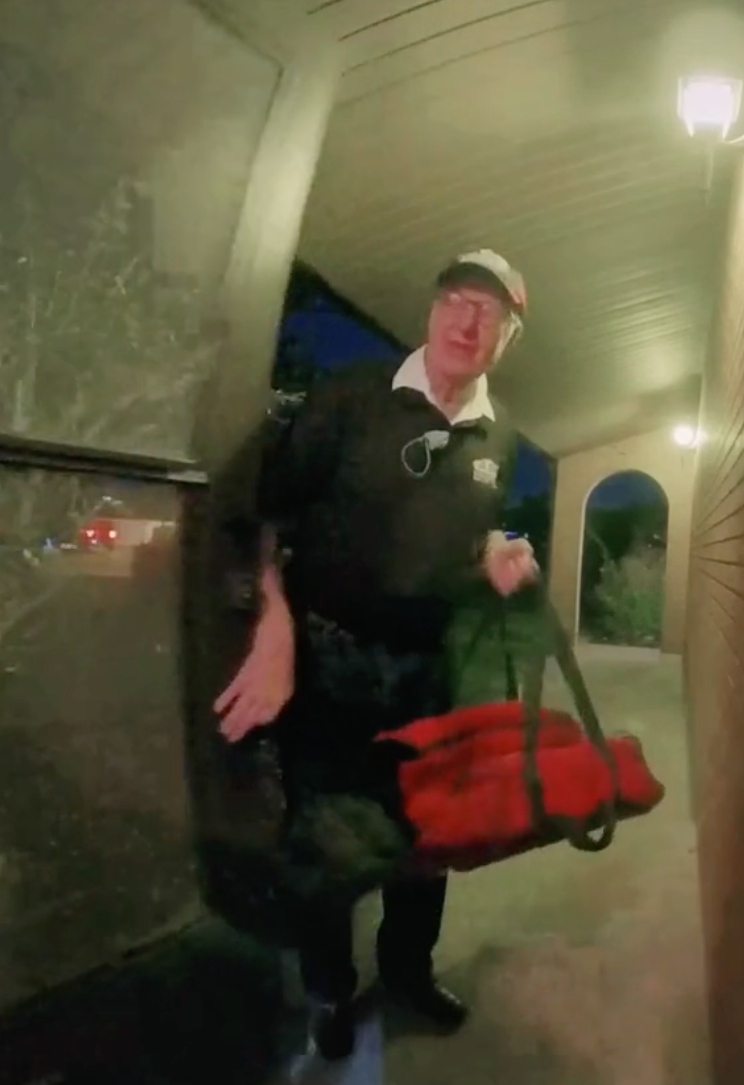 Next week, Valdez Visit Newey in his home. Newey thought that he was about to get him a customized T-shirt with his signature stating” Hell, are you Looking for some pizza”. And, yes Valdez gifted him the same. But what next is going to happen was out of expectation for Newey. 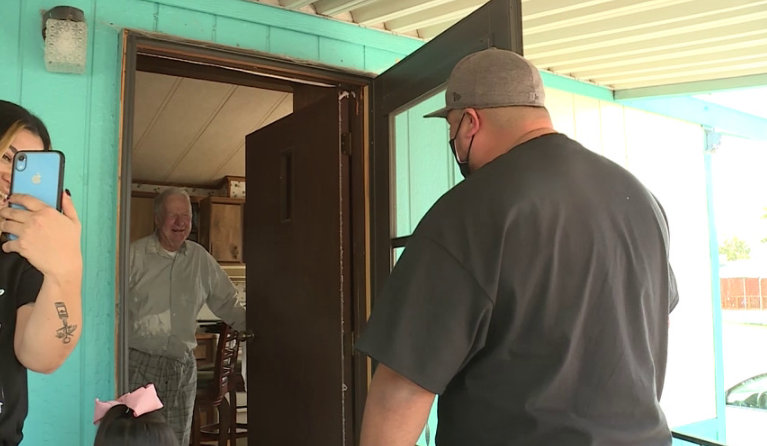 Valdez said that he with the TikTok community collected a gift for him and then he hand over the check of $12,069 to Newey. This touched the 89 years old man making his eye wet. He got emotional and was not getting the word to thank Valdez and the entire TikTok community for their help. This is really a great kind act that stole our hearts!