Everyone knows the saying that a dog is a man’s best friend, as these trusty animals are known for their un-conditional love and loyalty to their owners. These sweet animals quickly make their way into people’s hearts and homes, and most owners would do just about anything to make sure their pets are always happy and healthy. 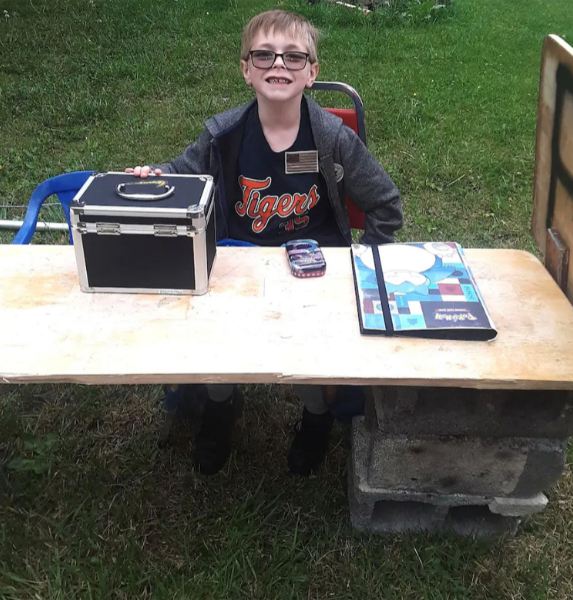 An 8-year-old boy from Lebanon, Virginia, took this dedication to the next level in May 2021 when he decided to sell one of his most prized possessions to help pay for his si*k dog’s expensive treatment. It was a typical day for 8-year-old Bryson Kliemann, who was playing with his Pokemon cards when he noticed that his dog, Bruce, was si*k. The boy’s mother, Kimberly Woodruff, quickly sp*ung into action and took the family dog to the vet, where he was dia!no*ed with a highly contagious vi*** known as canine pa!vovi*us Bryson is an absolute Pokeman fa*ati!, and he loves his Pokemon card collection. He was willing to give it up, though, in order to help his parents pay for their dog’s $700 medical treatment. The family immediately tri-ed to figure out what they could do to help pay for the expensive treatment to help make sure their dog was happy and healthy again and were sho*ked by Bryson’s selflessness. The sweet young boy did whatever he could to help his si*k dog. His adorable act of kindn-ess definitely did not go unnoticed, as Bryson later received a nice gift for all of his hard work and dedication to help his cute puppy get the medical treatment he needed. 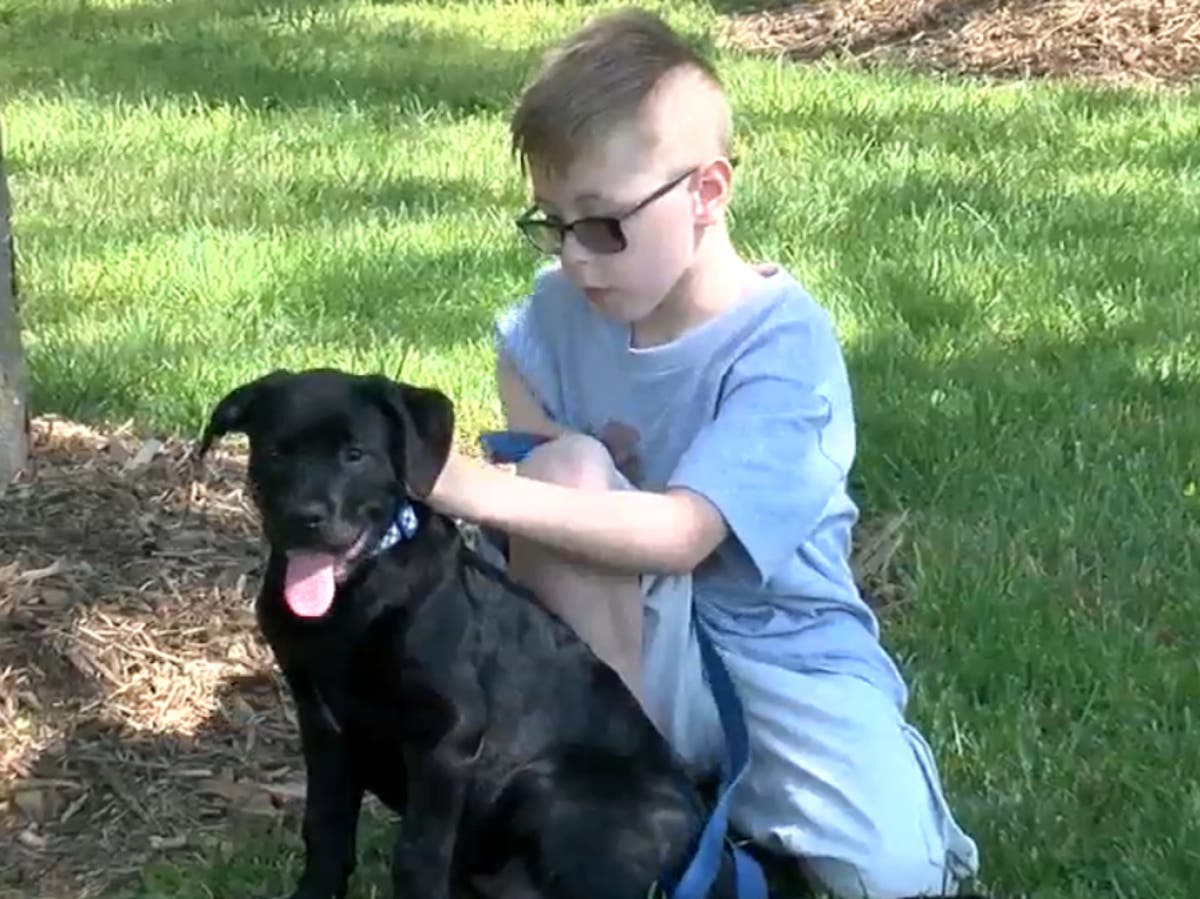 WCYB reported that the price to care for the virus known as parvo is quite high at a hefty bill of $700, but this did not deter Bryson from making sure his puppy was going to get the care he needed. Woodruff was amazed at the lengths her son went to help care for the puppy. “While I’m in school, I get a text message with a picture of him and a sign on the side of the road selling Pokemon cards,” she explained. “I know everybody likes Pokemon cards so I just decided to sell them,” Bryson said. His mother, Woodruff, posted the picture online to help spread the word and created a GoFundMe page. 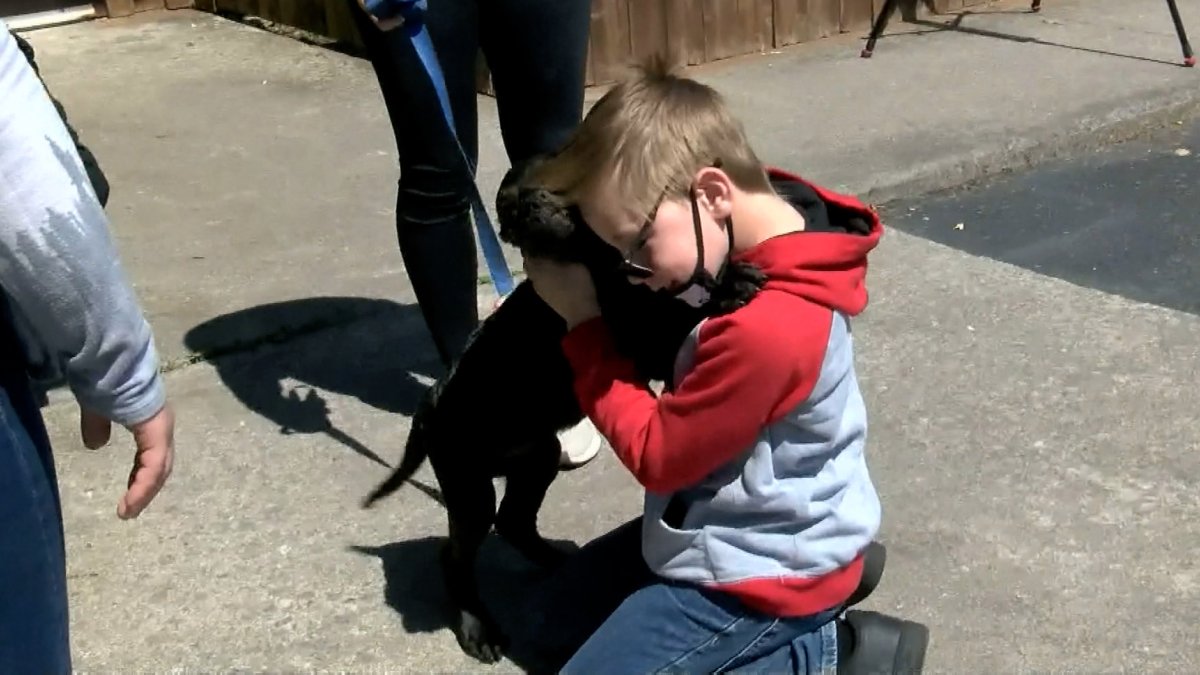 The donations quickly exceeded the family’s expectations, reaching a total of $1,900 — more than enough to help pay for Bruce’s treatment. “I was so happy because I really wanted to get him back,” the young boy said. WCYB reported that Bruce has already under-gone his first round of treatment but is currently still receiving treatments as he works on getting better. The family is keeping the remaining money to help pay for any future medical problems for their dog and other dogs in the comm-unity.

Bryson’s good deeds definitely did not go unnoticed. On May 21, 2021, WSLS-10 reported that the boy had received some rare Pokemon cards that aren’t usually sold in stores. They were sent to him by Pokemon employees who wanted to help him replace the cards he might have sold to help pay for his dog’s treatment.