The internet has found a new John Cena, a black one with a stark resemblance to the original wrestler turned actor. Interestingly, the doppelganger is enjoying quite a popularity these days because of his looks that strangely imitate John Cena. The “Black John Cena” is a fitness trainer, who goes by the name Brendan Cobbina. He is certainly making a buzz on the internet because of his photo in which he suspiciously looks like the American wrestler. 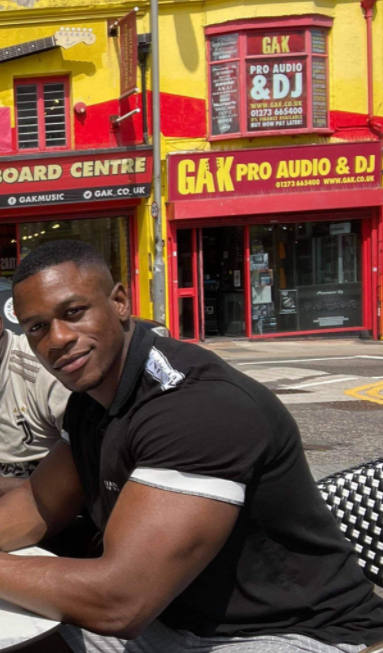 The real John Cena had also posted the picture on his official Instagram Handle without any caption. However, it seems there is no need for the caption as the public is already aware of the resemblance. The image garnered one million likes and soon dubbed the man as Jamal Cena. Brendan Cobbina – the ‘Black John Cena’ is a British fitness trainer- After Cena posted the photo of his black twin, the interest was piqued to find the real identity of the man behind the cliché. He is Brendan Cobbina, a British fitness trainer who resides in London and owns OmegaMuscles. The photo was first posted on his Twitter handle quickly attracting 60,000 likes. The man himself challenged the American wrestler to point out the resemblance. Apparently, the pic toured the internet till it was reposted by John Cena himself on his Instagram channel. Cobina seems to be enjoying its newfound popularity and has happily embraced the new identity. It also reflects in his Twitter bio that reads, “24. You may know me as the ‘Black John Cena’ or the owner of OmegaMuscles. Bodybuilder, Coach.” The wrestler turned actor is quite busy these days with back-to-back projects. He will appear in the lead role for the upcoming “F9: The Fast Saga” and the new, “The Suicide Squad” movie. Likewise, John Cena will also be returning to the ring in WWE.