The successful rapper took to Instagram today to let fa-ns know he reached a new milestone. He’s currently one of the most successful artists in music with over 25 million monthly listeners on Spotify. He’s rank in the top 100 artists on the platform, so it stands to reason he just might have made as much money in the years he’s been active. 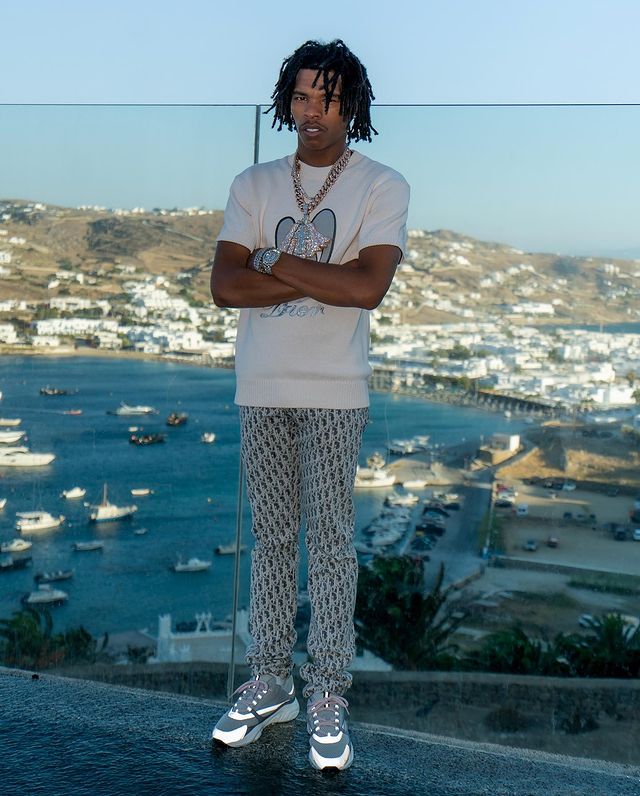 Lil Baby has found a steady flow of success since his 2017 debut Perfect Timing. Like most rappers, “The Bigger Picture” hitmaker regularly post on his social media holding wads of cash, showing off fancy cars and shiny jewelry. In 2020 he made several posts to his Instagram where he discussed financial success and his rates for features. “Ain doing no more features unless it’s wo-rth it.

Ain doing no more features ??‍♂️ unless it’s worth it ? i got tooo many

I got tooo many.” He followed this up with “At this point it’s safe to say I want 100k for a feature”. Lil Baby is very serious about making money. He famously told his label Quality Control that if he didn’t make $5 million in his first year he would go back to hustling. While many respect the rapper for “knowing his worth”, many other thought he was a bit full of himself. “Ok baby…. humble yourself now,” commented one follower under a post. Another person cautioned his statement saying, “He needs to humble himself we see where most rappers are twenty years from now.” He took to his social media at the time to “motivate” fans. In a slideshow post the rapper posed in an all black fit in New York City with his jewelry prominently displayed. Standing in the snow, he shows off a large st**k of hundreds. After a couple snaps showing off his outfit, he posted a graph that showed different pay grades and how they fact-ored into how “rich” a person was. According to the charge, anyone that fell in the 0-$500k range was considered to be poor. “Motivation purposes only”, he titled the post.

Well it looks like that mindset has helped line Lil Baby’s bank account. Posing in Mykonos, the rapper captioned his latest post “100ms Coming I Still Ain’t Gone Chill Out” insinuating that he’s crossed the 100 million dollar threshold. many friends and fans jumped in the comments to congratulate him include DJ Khaled who said “Keep going !!!”