Social media’s obsession with Gorilla Glue just got a bit more dangerous. Ever since Louisiana native Tessica Brown’s story went viral of her unfortunate incident with the intense adhesive people all over the world have been following intently for the latest updates to her hair journey, which has been quite different than most. 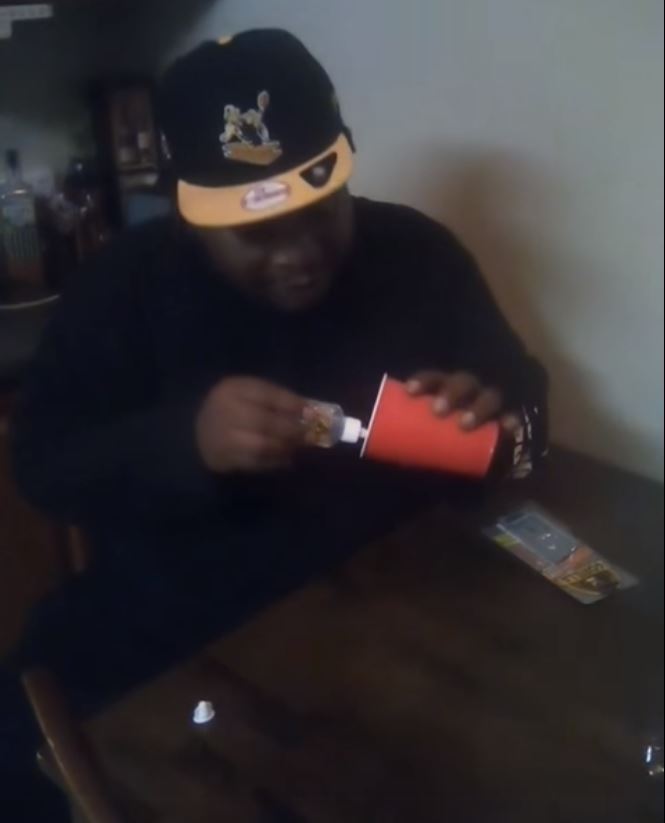 Brown’s viral clip showed her stressed while in the bathroom due to her hair being stuck in its place for a month after applying Gorilla Glue to her scalp. “Bad, bad, bad idea,” she said in the video. Brown told her followers that she had tried everything in order to release the glue’s grip from her scalp, but to no avail. 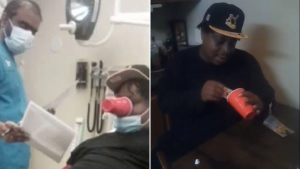 Why did she resort to sharing with social media? In a recent interview with Entertainment Tonight, the 40-year old revealed, “I didn’t know what else to do. And I knew somebody out there could tell me something. I didn’t know when I woke up in the morning that it would be everyone.” After trying everything in her power, Brown went to the emergency room to see if she could receive medical attention. Medical officials sent her home with acetone as well as a rinse, which she then had her sister try to apply. Their attempts were futile. 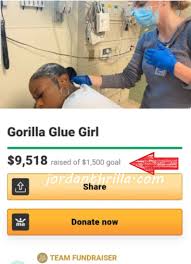 This Monday, Brown set up a GoFundMe in order to raise $1,500. Within a day that amount was exceeded arriving at more than $13k, and it currently sits at over $20k. In more great news, Tessica has now found relief in a Beverly Hills plastic surgeon. Dr. Michael Obeng had Brown flown to Los Angeles in order to remove her hair and offered his services free of charge. 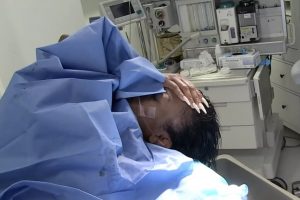 “Jesus Christ, I can scratch it,” she says in a video provided by TMZ. Gorilla Glue also offered their sentiments stating, “We are glad that Miss Brown was able to be treated and we hope that she is doing well.” 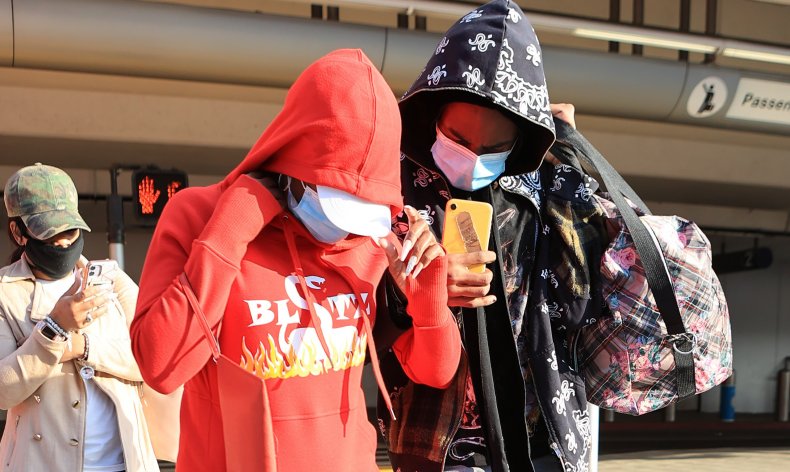 It appears as though Brown’s ordeal was not enough for another Louisiana man, who initially thought she had been faking it for social media. Len Martin, a 37-year old aspiring rapper who has participated in past social media challenges, has learned his lesson after being skeptical of Brown and doing a Gorilla Glue challenge of his own. 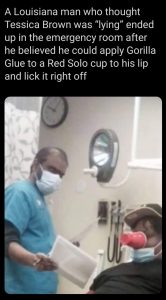 In a video uploaded to his Facebook, Martin is seen gluing a cup to his lips and then plans to “lick it off” later. His plan failed, as hours later he too landed in the emergency room for what would be a “painful peeling”. “I thought that chick with the gorilla glue was making that story up,” he wrote on Facebook, “but no..its real… I don’t kno why I tried it..now they talking bout cutting the tip of my lips off in surgery…yall pray for me #gorrilagluechallenge smh.” Martin, who also appeared on the Dr. Oz show in 2020 to discuss his participation in previous social media challenges and its blowback, said to WKBN News that his initiative was not to get attention. “I would never want to stick no Gorilla Glue to my lip and have it stuck there and go through all the situations that I had to go through,” Martin said. “I didn’t think it would go this far … You got Valentine’s Day coming up. I can’t even kiss my lip.”

After his ordeal as well as Tessica’s with Gorilla Glue, Martin has a simple message: “This is not the challenge you want to try.”