Michelle Obama’s Inauguration hairstylist is trending along with the term “laid” after her stylist, Yene Damtew confirmed she was the mastermind behind the curly do. Our forever FLOTUS Michelle Obama attended the 46th Inauguration ceremony in a wine-colored Sergio Hudson ensemble and bouncing curls that landed her at the top of Twitter’s trending topics. Mrs. Obama and laid are trending after Obama’s hairstylist Yene Damtew took to Twitter to confirm she was behind Michelle O’s luscious locks and thank fans for all their praise. Obama’s soft tendrils drew the eye of watchers tuned into the Inauguration to watch the first Black women, in history, to be sworn-in as vice president and a new administration command the white house. And with one quick tweet, the term “laid” entered the chat. As noted by Ty Alexander, lifestyle and style influencer, “Y’all really got #LAID trending on Twitter. We… the Black Twitter… are undefeated.”

Damtew, of the Aesthetics Salon in South Arlington Ridge just, has worked with Michelle Obama before. In fact, Obama attended Damtew’s salon opening in 2017. According to the Washington post, before becoming a coveted member of Obama’s glam squad, Damtew first tended to Sasha and Malia’s tresses. “It has been such a joy to have you in our lives,” Obama told Damtew at the illustrious opening. 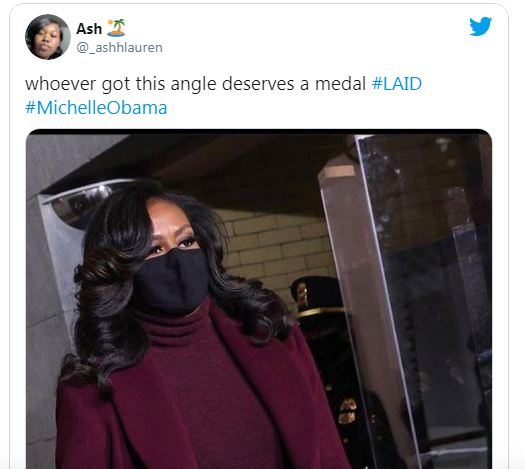 Between the swoop, bayang, side part, subtle highlight, and outwardly flipped rolls, Michelle O’s hair and Sergio Hudson get-up is another look that will be added to the long list of iconic style moments. Demtew also used the opportunity to promote her business coaching service, which she says will return soon.

“Thank you for the kind words about Mrs. O’s hair today,” she tweeted. “I am SO grateful! Many of you are also asking when my business coaching for hairstylists is starting back up. ⁠⁣It’s opening soon! Sign up here to learn more: clickhere” 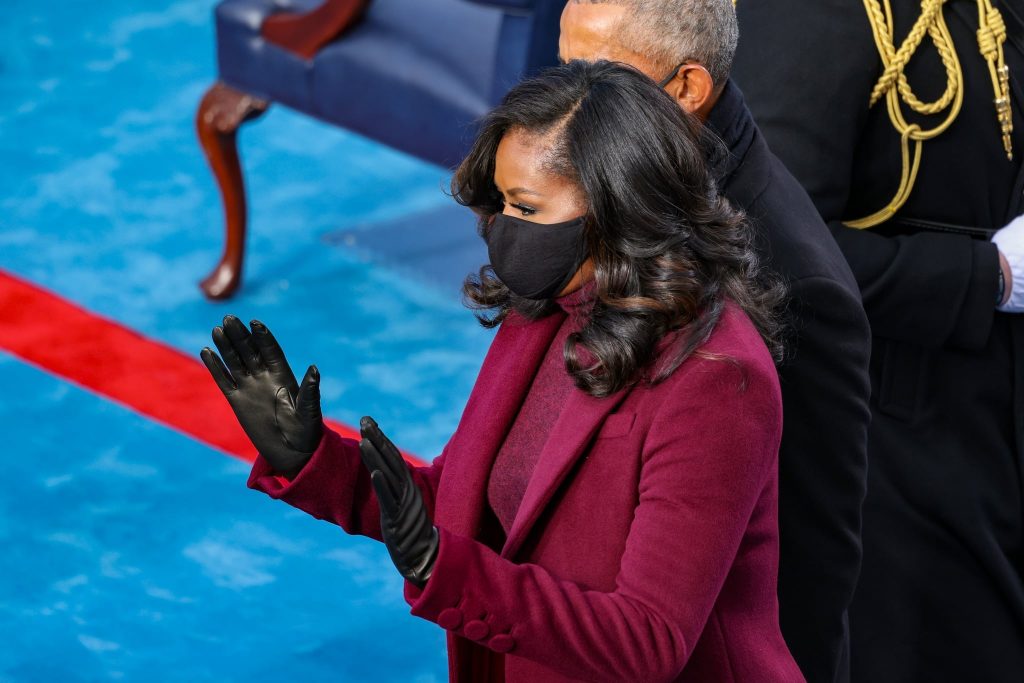 Dentew and Obama are clearly a hair match-made in heaven. We stan!

This Article First Published On AmericaWeb