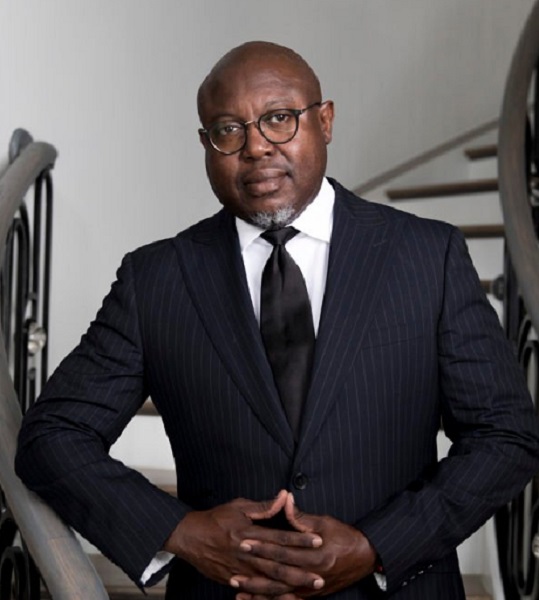 Taking to his Instagram account, the fiance of Porsha Williams made it clear that he lives comfortably in a big house. On Tuesday, June 1, Simon shared a video of his lavish house while John Legend’s “Tonight” played in the background. The cl*p was seemingly was taken from his patio, allowing him to show off the beautiful view of Atlanta that they get to see from it. The post arrives after Wendy insinu-ated that Simon owns a “hut.” After showing a clip featuring Porsha talking about her three upcoming wedding ceremonies, one of which will be held at one of Simon’s houses that is out of the country, Wendy said to her audience, “Don’t be impr-essed. You know how land is ch**p and houses are ch**p.”

“You can say you have a house but really it’s a trailer on one property in one state, a str-aw hut in another, and a little something with a shared pool by the comm-unity in another,” so the host continued.

“So you have houses.” Talking about Porsha’s wedding plans, Wendy added, “I don’t need three weddings. I think three weddings are too much. I think at this point in Porsha’s life, she’s ready to just go to justice of the peace and marry this man. You know he already has 11 wives ahead of you. I don’t think Porsha’s serious about this.”

Porsha revealed her wedding plans on “Dish Nation”. When asked if her wedding will be a themed wedding, “The Real Housewives of Atlanta” star said, “Well, not necessarily themed because you know, he’s African so we’re gonna have a nati*e long custom ceremony and a regular wedding. And then we’re gonna have another wedding at one of the houses that are out of the country.”