Twenty minutes after a “homele*s Jesus” sculpture was installed on the grounds of St. Barnabas Episcopal Church in Bay Village, someone called the cops. 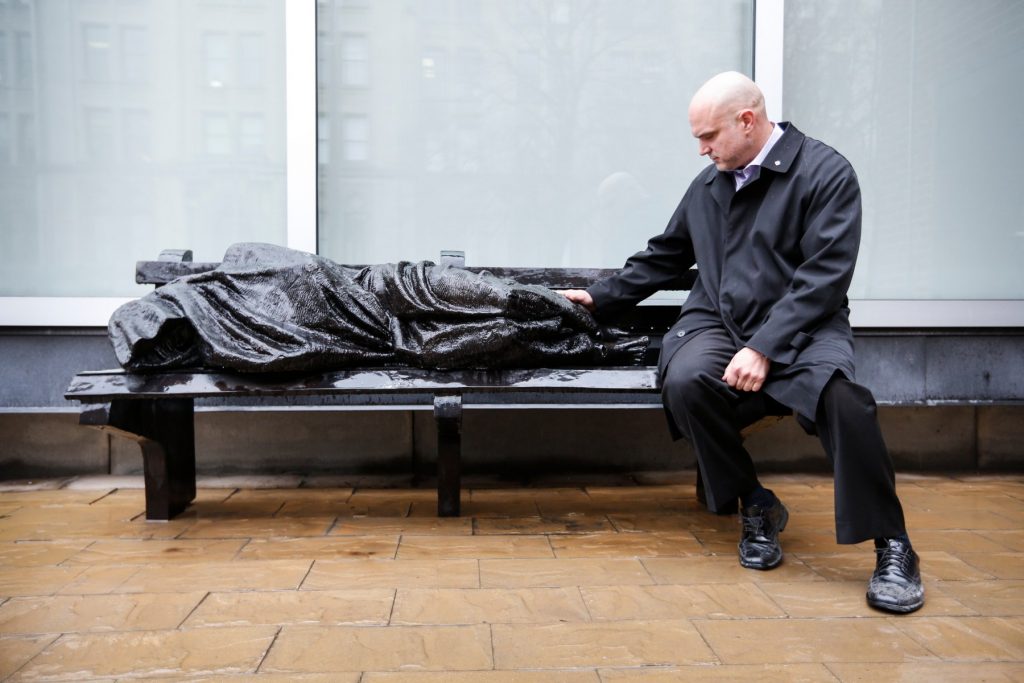 Created by Canadian sculptor Timothy Schmalz, the sculpture depicts Jesus as a homele*s person ly!ng on a bench covered in a blanket. 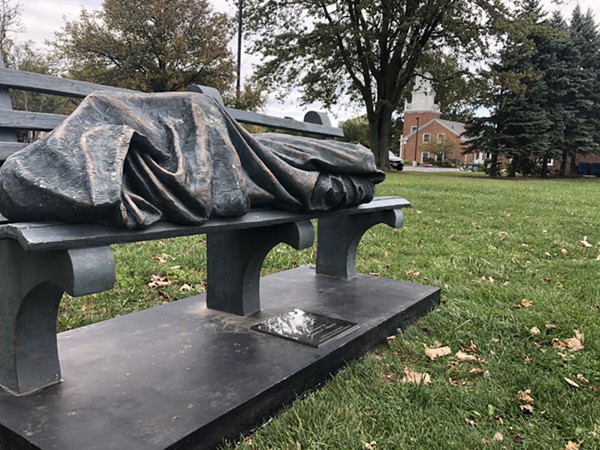 It was purchased by the local Community West Foundation and has been traveling to churches and other religious organizations across the region since October 2018. It is scheduled to be on-site at St. Barnabas until Dec. 1. 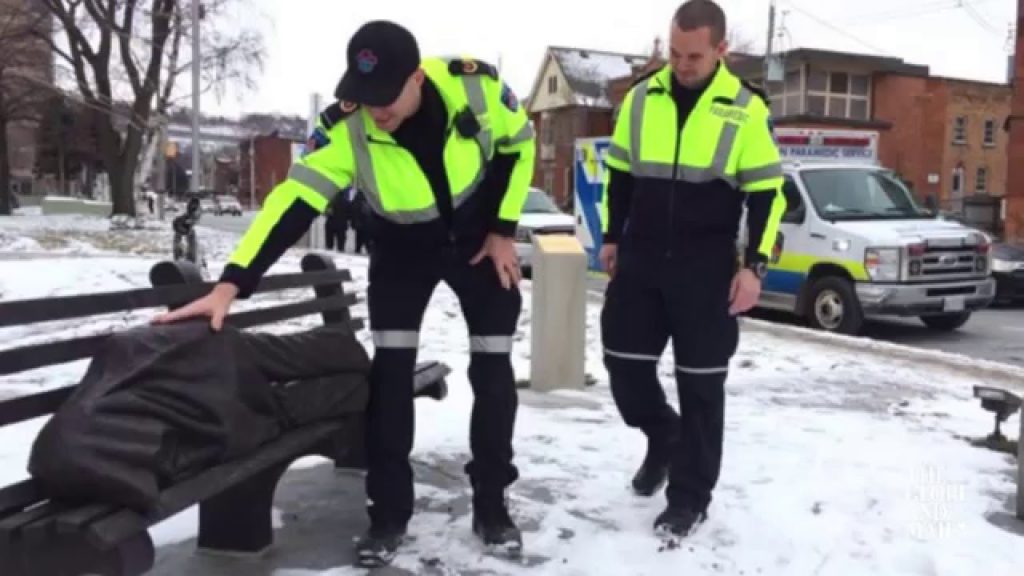 Fr. Alex Martin, the St. Barnabas pastor, tweeted that he had a conversation with a Bay Village police officer because someone reported a homele*s person sleeping on a park bench. 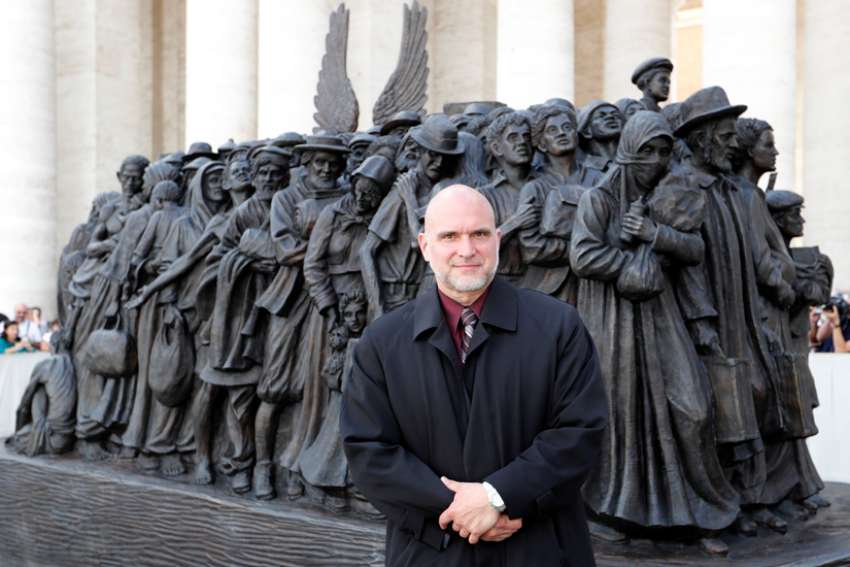 (St. Barnabas abuts a public park, Fr. Martin told Scene, and the statue was displayed in a high-visibility area intentionally.)Martin said that while the police officer was “extremely professional” and ea-ger to learn about the sculpture itself, he believed the incident could serve as a catalyst for conversation about how best to help those in need.” 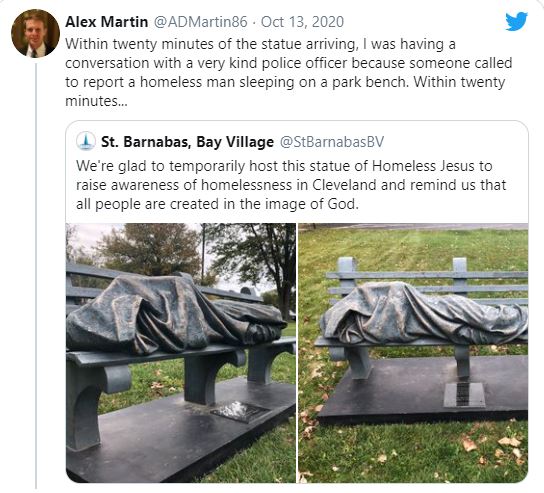 [The sculpture] reminds us that, even though homele*sne-ss is a not a significant problem in our immediate neighborhood, we don’t have to drive far to find those in trem*ndous need,” Martin wrote in an email.”Perhaps the statue will inspire those who see it to take action and help… Seeing Jesus dep!cted this way reminds us that Jesus identified with the outca-st and marg!nalized in his own day.

He spent much of his time with tax collectors and prost!tutes, largely to the chagr!n of polite society.”Martin said he hoped that the sculpture would make those in the Bay Village community — Northeast Ohio’s 18th-wealthiest subu-rb by median home income — and those outside it “a bit kinder and gentler with one another.”

St. Barnabas, for its part, is using the opportunity to raise money for those experiencing hardships.Bay Village police chief Kathy Leasure confirmed the Oct. 12 call to Scene and said that the caller had advised police d!spatch that they were unsure if the homele*s individual was a human being or a statue.”If this was a person laying on a bench, the officer would have made sure the person was not in any sort of medical di*tress,” Leisure wrote in an email, explaining the theory behind a police response.

This Article First Published On CLEVESCENE