Meet little Rory van Ulft, she’s seven-years-old and can lift more than most of us down the ol’ gym.As well as being able to deadlift 80kg (using an Olympic women’s b-ar), the schoolgirl can snatch 32kg and clean and jerk 42kg. Oh and she can squat 61kg. Rory – who is just four feet tall – started training just after her fifth birthday after she was scouted at a gymnastics class. 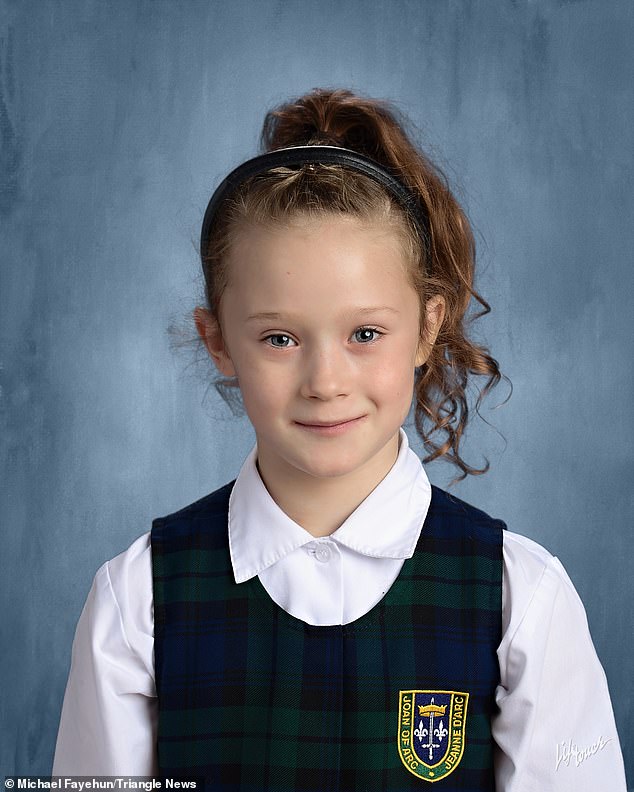 Fast forward to last week and she was crowned USA weightlifting under-11 and under-13s Youth National Champion in the 30kg weight class. 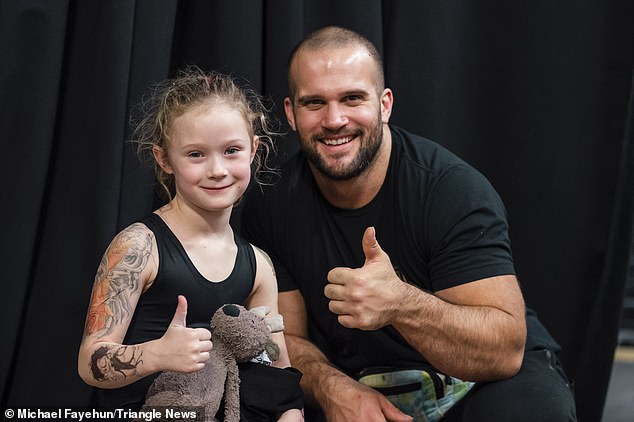 She is the youngest US youth national champion in history and is the best pound-for-pound under-11s lifter in the US. 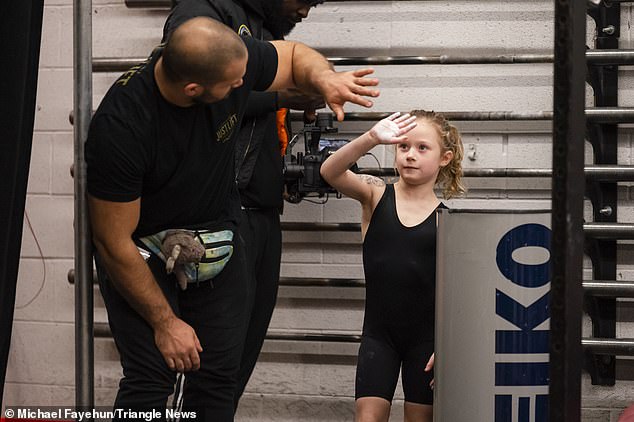 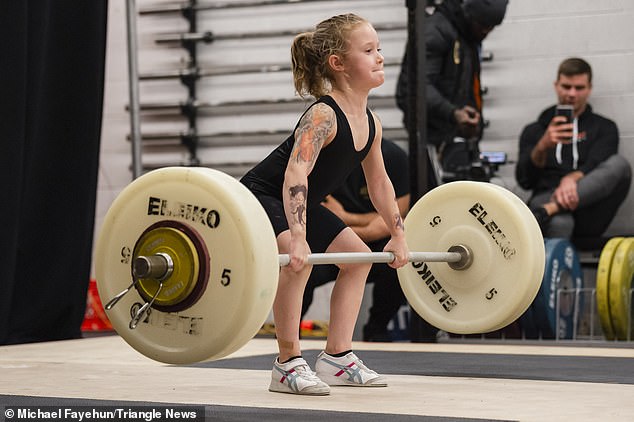 “It would be fair to say Rory is the strongest little girl in the world. In terms of Rory’s relative strength compared to all the national champions in the lowest girls’ developmental age and weight categories, which vary from country to country. There is currently no one better competing.” Rory lives in Ottawa, Canada, with her parents and five-year-old brother. She sees herself as a gymnast first and foremost, spending nine hours per week training on that compared with four hours on weightlifting. Cavan and mum Lindsay say Rory is also the reigning Ontario Weightlifting Association 17-and-under provincial champion in the 40-kg weight class. But she competes in the US because there isn’t a Canadian youth national championship for Olympic-style lifting.Rory, who goes to school full-time and is in third grade – equivalent to Year Four in the UK – added: “I like when I make a new weight that I’ve never done before. I feel proud of myself.”

When Cavan was asked how she is kept safe while lifting heavy weights, he added: “Rory has knowledgeable coaches in both weightlifting and gymnastics. She has both a family doctor and a sports medicine pediatrician looking after her.”Her safety is everyone’s top priority. She progresses in her training for both sports carefully and methodically.”Offering advice to other girls concerning taking up weightlifting, Rory said: “Don’t ever think about the weight. Just think about your form.”