Tyrese Gibson and wife Samantha Lee Gibson called it quits after 4 years of marriage. The pair announced their separation this past January, and have since been trying to sort out their split amicably. While the two are still mum on the official reason for their spl*t, TMZ obtained documents from the September petition detailing some r*ft* between the couple. Samantha alleges that Tyrese c*t her off financially last August, and lock-ed her and their two year old daughter Soraya out of their Georgia home.

Tyrese f!r*d back in his own petition cla!m!ng this is a lie and denies ki-ck-ing them out.

He cla!ms that after coming home last August from a movie sh**t, he and Samantha had a 3 hour long argument that resulted in the couple deciding to spl*t. He left the house to avo-id escalating their *ssu-es. 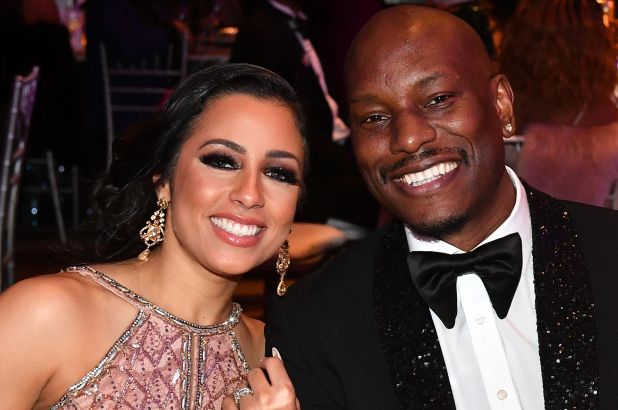 Samantha had reportedly thr**tened to call the police, which fr!ghten-ed Tyrese due to the rising visibly of police brutality going on in the country particularly at that time. TMZ reported him saying he was worried about “multiple public incidents involving police brutality and racially motivated killings of unarmed African American people”.

The two have since been pretty cordial, with Samantha even wishing Tyrese a Happy Birthday last week via her Instagram. “Happy Birthdayyyy @tyrese ! Thank you for going half on this angel with me, she is HANDS DOWN the best gift I’ve ever been given. You saw a mother in me when I truly didn’t see it for myself- a true visionary.” Today the pair are at odds however, as its come out that Samantha is requested $20k in child support.

Tyrese f!r-ed back saying that amount is “unreasonably high”, and too much for a child.

Tyrese made a lengthy post last week about their split stating he felt bla-ck families are under att*ck.

Tyrese says … “I’ve wrestled with this question … How can we naturally know how to BE something we were never rais-ed by? Most of us were raised in br*k*n homes with NO examples of what being a husband, wife or FATHER is.”

In announcing the divorce, Tyrese said, “Our intention is to remain the best of friends & strong coparents.”