An extremely rare black tiger has been spotted in India by a stu-nned animal lover. 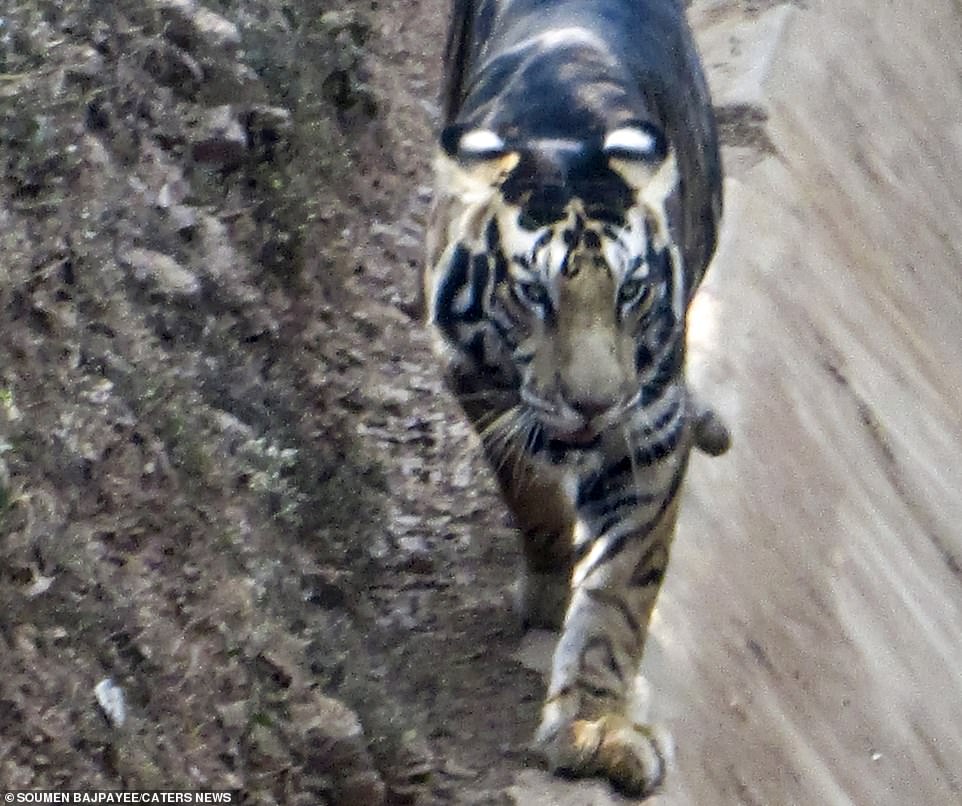 The species, otherwise known as the melanistic tiger, can only be found in Odisha, India, and experts cla!m there are only seven to eight of the animals left in the state. Amateur photographer Soumen Bajpayee pictured the predator, which is on the verge of extinction, in eastern Odisha. 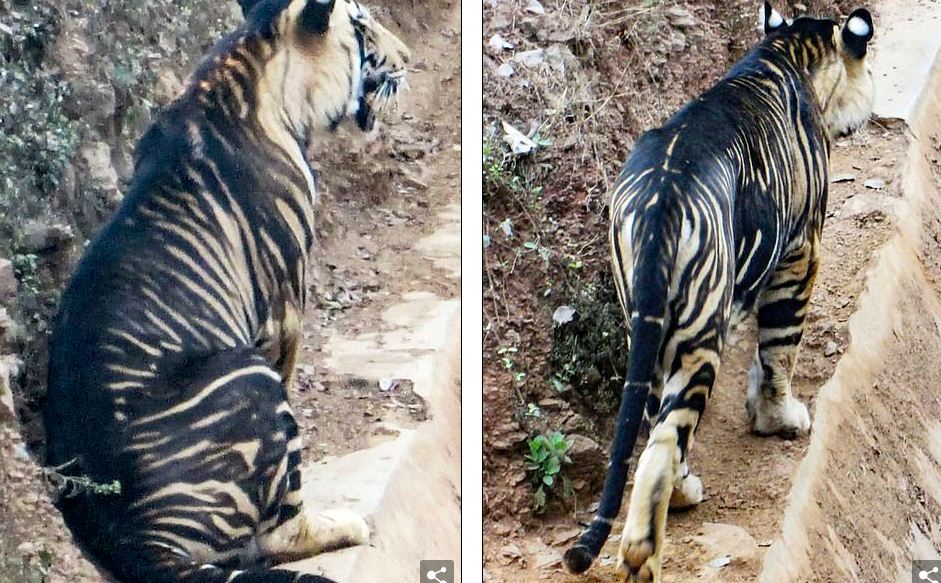 The species is known as the melanistic tiger because of a gene defe-ct which means their thick black stripes, with little space between them, hide the orange fur. 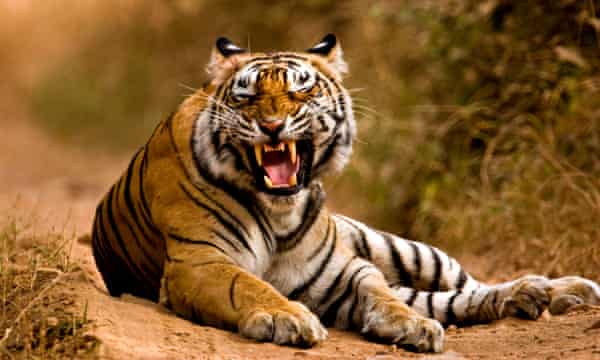 The black tiger is found in the jungles of the Indian state and has rarely been seen in the past. India is home to 70 percent of the world’s tiger population. 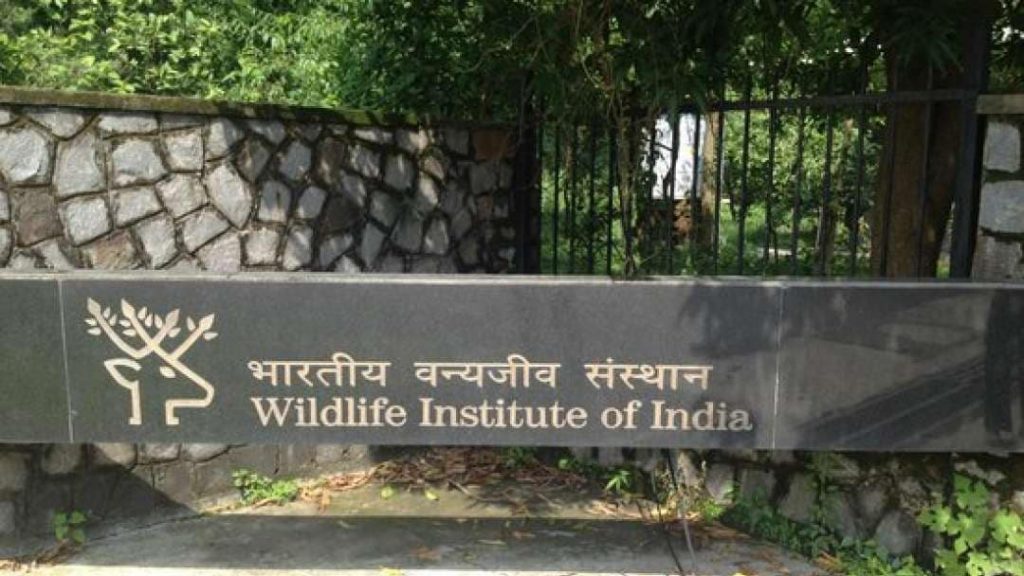 The melanistic black tigers are only found in Odisha state and their numbers have dr-astically declined in recent years, according to a 2018 Tiger Census Report. The majority of the black tigers can be found in the Simplipal Tiger Reserve in Odisha. The reserve first reported the presence of melanistic tigers in 2007. 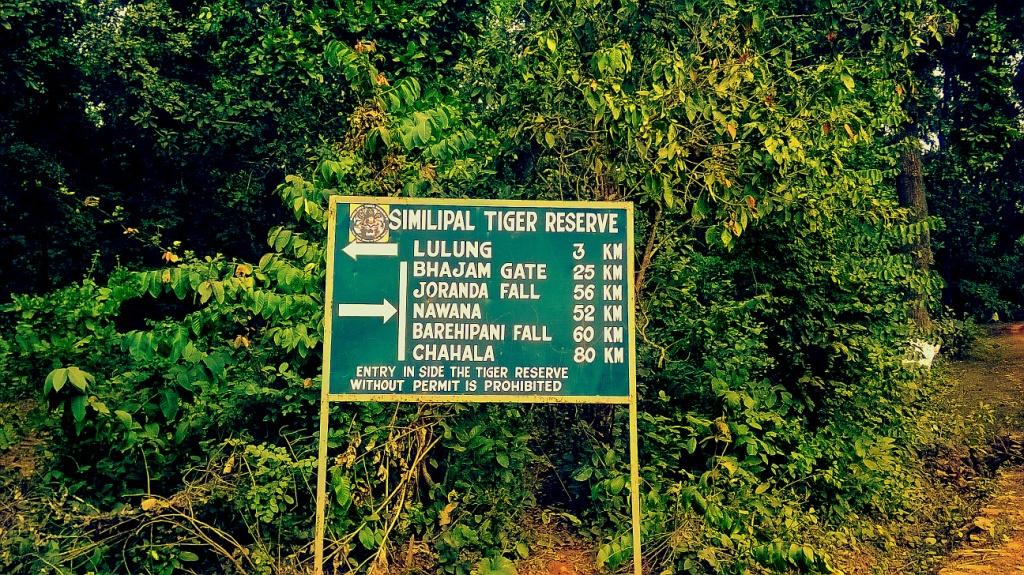 Dr. Bivash Pandav, a wildlife expert, and scientist at the Wildlife Institute of India told the Times of India that he believed there are only seven to eight black tigers left in the Indian state. He said the black tigers are ‘unique’ in the world for their genetic constitution. It is believed they get their thick black stripes due to inbreeding. The black tigers are smaller in size than their counterparts and were first spotted in India in 1990. They remain in Odisha due to the vast forests and varied habitat. But wildlife experts cla!m po*ching has taken a toll on the entire tiger population – they are pointed for their bones, claws, skin, and whiskers. But the forest department in Odisha says the problem is not po*ching but a result of an increasing human population. The higher levels of urbanization are shr!nking the space for tigers to live and breed, according to NDTV.