Two Arctic explorers had a near-de*th experience when an iceberg they were climbing fli-pped into the sea, but luckily they both managed to surv!ve. 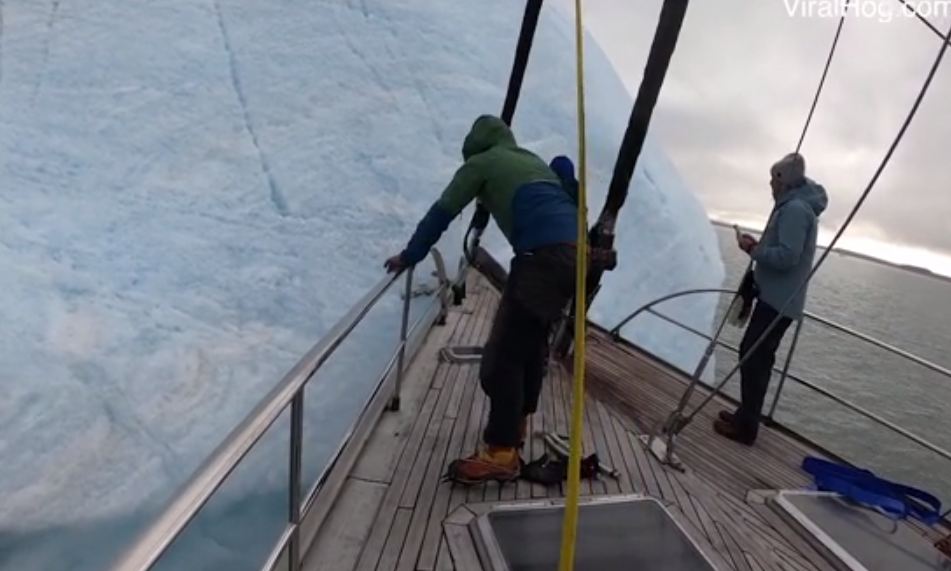 Explorers Mike Horn and Fred Roux were scaling an iceberg near the North Pole when it flipped over, plu-nging them into the icy waters and nearly cru-shing them. 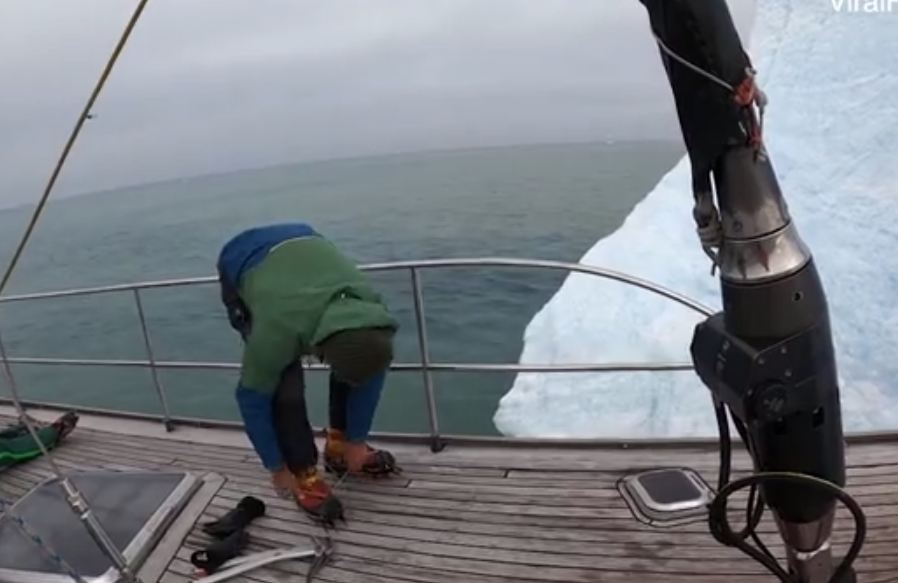 A heart-stopping video of the moment their iceberg fli-pped upside down has been viewed over 3.6 million times on YouTube. 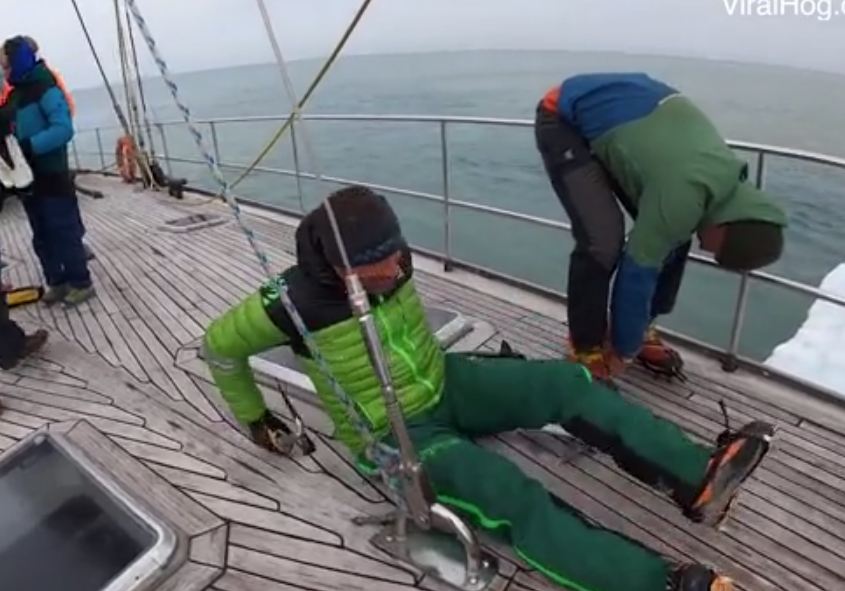 They were part of a team of explorers who were sai-ling around Svalbard – an archipelago in the Arctic circle between mainland Norway and the North Pole – when the incident happened. 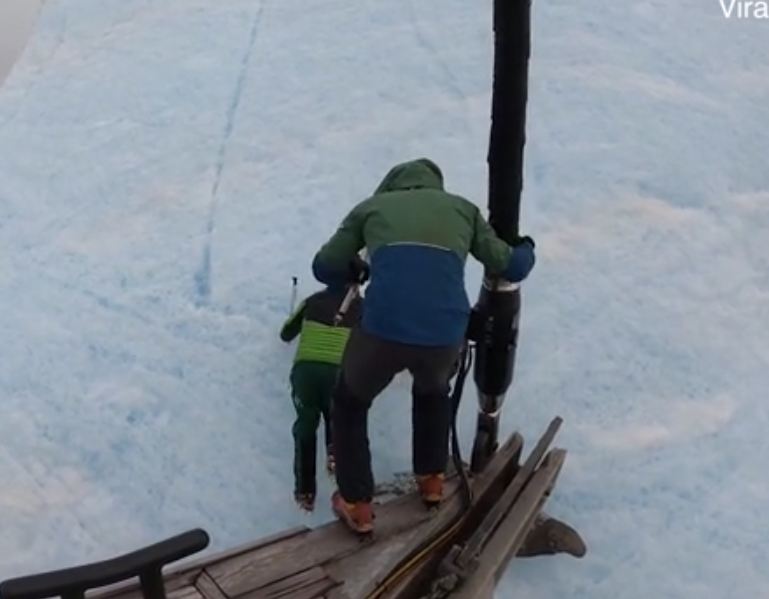 Footage shows the two men sail up close to the iceberg and begin their ascent using ice picks and boots with crampons. However, just as their boat starts to pu-ll away, the iceberg begins to tilt slowly, ti-pping them towards the water. Realizing what is happening, the men attempt to climb faster to save themselves from the freezing waters but it is too late. 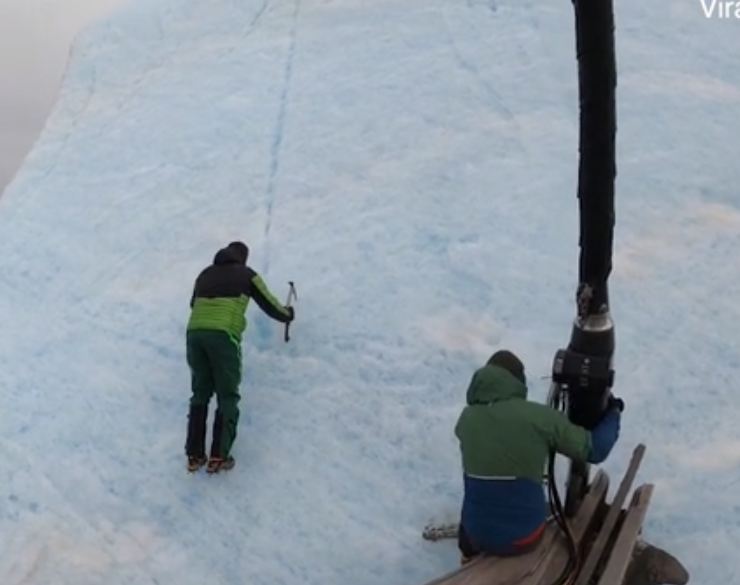 The iceberg fl-ips over, dropping the men into the minus two-degree water. Luckily they are both swept away by a wave and avoid being cru-shed by the colo-ssal weight of the berg.  One of the men climbing the iceberg was Mike Horn, 54, who has been a professional explorer and adventurer for 30 years. 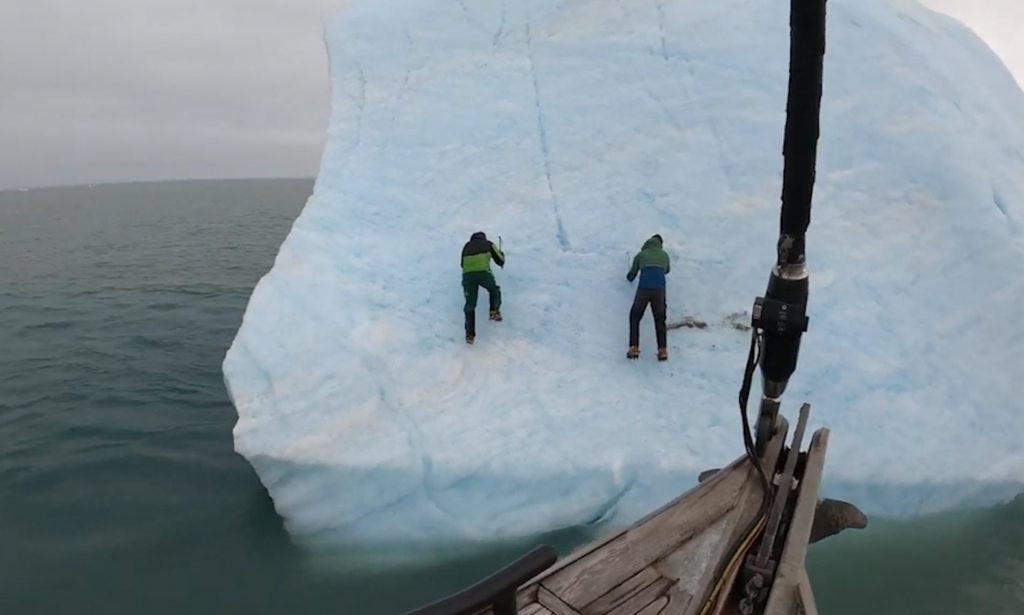 In a video posted on his YouTube channel on September 4, the South Africa born explorer explains that even professionals can make mistakes.He asked viewers to watch the video with open eyes as a lesson on ‘what not to do in the Arctic’.’I’ve been a professional explorer for 30 years,’ he said. ‘I’ve been doing my st*pid things for 30 years all over the world. 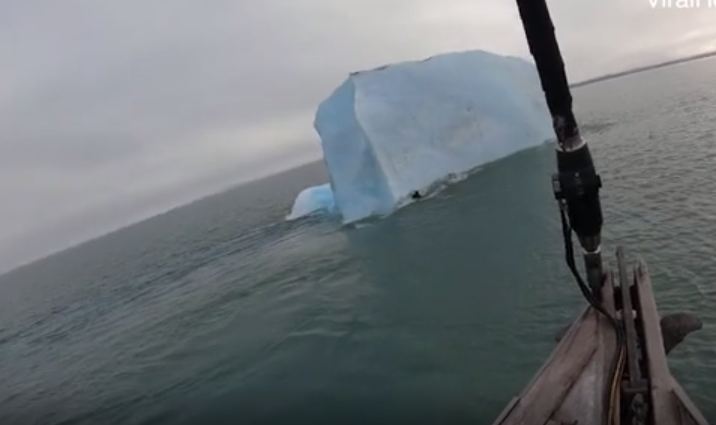 ‘I’ve had quite a few acc!dents but we always try to make the right decision at the right time, to come home alive.’His sho-cked viewers commented their d!sbelief that the two men were still alive and one wrote: ‘Even professionals make mistakes.’

On his website, it states that Mike Horn is ‘globally acknowledged as the world’s greatest modern-day explorer’.He once swam the Amazon River solo and is also known for completing a one-year circu-mnavigation of the globe at the equ-ator, without any motorized transport in 2001. Commenting on his latest near-de*th escape he joked: ‘It’s safer to see ice cubes in your g!n and tonic than to see ice cubes fa-lling on your face in the Arctic.’